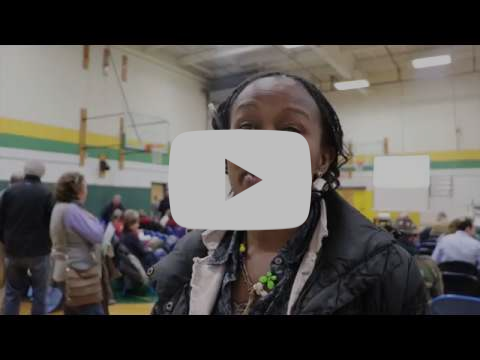 Why do people participate in town meeting? We asked some voters at a recent town meeting in Shelburne. Video by Monica Drimbaren for the CRVT.

Why does town meeting matter?
Vermont’s foremost scholar and champion of town meeting is retired UVM professor Frank Bryan: “What town meeting says is that we trust ordinary people so much to govern themselves that we’ll let them make the laws rather than having them elect somebody to make the laws that govern them; Which is astounding when you think about it, and Vermont is a place where you still can do that.” Frank explains more in this podcast. Listen here. 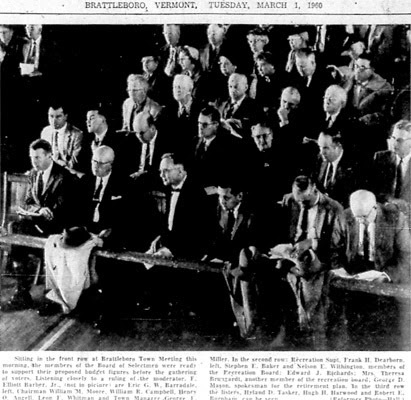 A slideshow of town report covers
Town meeting reports have changed over time, but most towns are still printing a hard copy and distributing it to voters. The image on the front can say a lot about what is on the mind of town voters and officials. Click here to see a slide show of 2020 Town Reports.

Belvidere – Vermont’s most “democratic” town
In “Real Democracy” Frank Bryan named Belvidere  Vermont’s most democratic town – based on the  “democratic index “ which compares attendance and participation. Student researchers confirmed this title again in 2019 when more than three-quarters of those at the Belvidere meeting had something to say at some point. Smaller towns as a whole were observed to have a higher rate of participation than larger towns.

Battles over paint colors
Differences over paint colors consumed one town meeting, remembers Elizabeth Dow. “Debate on the color of the school houses started, as I recall, about 10:30, and it immediately became clear that passions on both sides ran deep. Everyone, in the course of the debate, argued for the traditional color of our precious-one-room-school-houses (always spoken as a single word).  Unfortunately, the town had used both colors at one time or another, so tradition supported both sides. Debate ran on, neither side giving an inch.” Read more here. 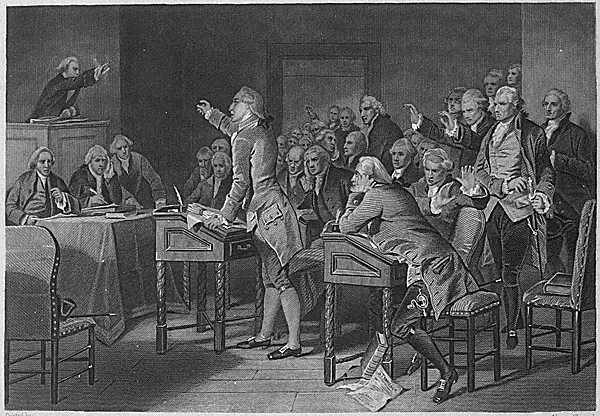 Stereotyping participation
A recently published dissertation by Center member Averill Leslie explores town meetings in the fictional town of “Northmont” as an example of participatory-deliberative democracy. According to the research, stereotyped notions of participation can act as a constraint. Alternatively, by “taking inspiration from participant observation and participatory democracy as methodologies for transcending stereotypes, we instead are pointed toward a reflexive, interactional, never-settled approach to understanding participation,” Leslie writes.

The History of Town meeting
There is a description of how town meeting was traditionally conducted into the 1960s in Andrew E. Nuquist and Edith W. Nuquist, Vermont State Government and Administration (1966).  Legal scholar Paul Gillies examined town meeting in Vermont State Government since 1965 (CRVT & Snelling Center: 1999). Gillies’ essay examines issues that have undercut the role of town meeting, from the Australian ballot, changes in work and life time commitments and the ever declining authority of towns.
Photo depicts an Australian Ballot in the Burlington Free Press from 1890.

Solzhenitsyn & Town Meeting
One of the most famous foreign-born people to live in Vermont was Aleksandr Solzhenitsyn who was drawn to Vermont in part because of town meeting, according to Russian Scholar Kevin McKenna. Solzhenitsyn lived for almost twenty years in Cavendish inspiring a community book about him. 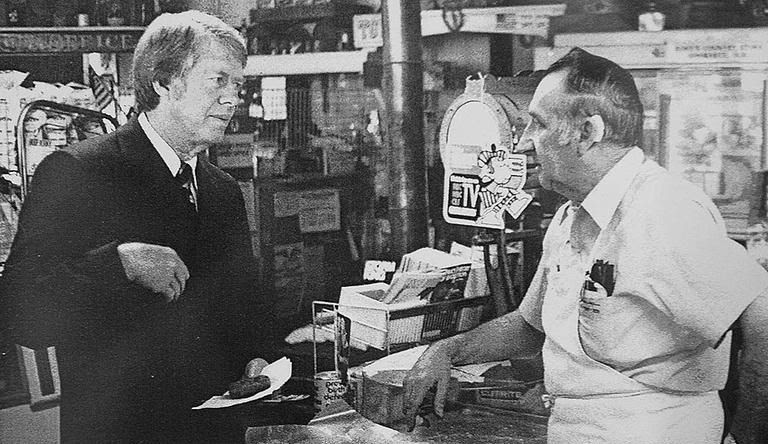 Town meeting used by presidential candidates
Frank Bryan believes that the “town hall meeting” first popularized by Presidential candidate Jimmy Carter completely undercuts the real democracy at work in real town meetings. These “show” events have a candidate answering questions – but do nothing to allow attendees actual power in the meeting.

Speaking of power
One of the most famous incidents that showcase the actual power voters have in town meeting is when the voters of Duxbury voted to not allow then-Governor Madeliene Kunin to speak. Kunin recounts the story in her book here. 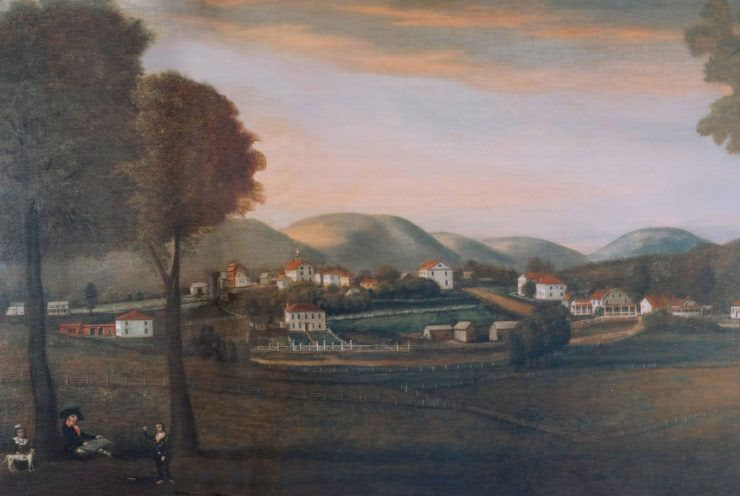 Creation of towns
Some towns in Vermont were even created to host a town meeting, writes historian Mark Bushnell in a column in VtDigger. And the detailed history of Vermont, Freedom and Unity, also discusses the origins of town meeting and changes during the Progressive era of the late 19th century (page 63)

Forced Civility
For thirty years, Bryan and his students attended more than fifteen hundred Vermont town meetings, cataloging more than two hundred and thirty thousand individual acts of participation by more than sixty thousand citizens – documenting Vermont’s town meeting as an authentic and meaningful form of direct democracy. See his book Real Democracy. One of his findings is that town meeting creates a “forced civility” because you have to deal with your disagreements in person. “In a way that large scale political systems cannot, making decisions face-to-face creates a habit of civility, allowing us to recognize our common humanity.

The price of land in Shelby
Political Scientist Jane Mansbridge’s Beyond Adversary Democracy examines town meeting in a town she called “Shelby” relying on surveys, ethnography and her own lived experience to contribute to theories of democracy and citizen participation. Like Dr. Bryan, Mansbridge finds the meetings foster a unique democratic approach to governing. 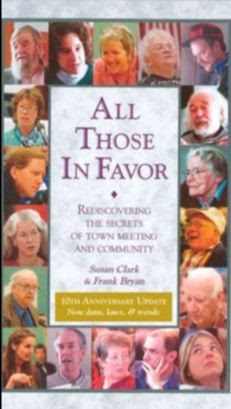 Participation
Town meeting scholar Susan Clark discusses declines in attendance in a 2015 update to her book with Frank Bryan All Those in Favor: Rediscovering the Secrets of Town Meeting and Community. Drawing from the data published in Real Democracy the book examines the strengths and vulnerabilities of town meeting and offers specific tips for citizens and local officials. Clark, who is also the moderator in Middlesex, describes the best attended town meetings as those that combine school and town meetings on the same day. This brings us to 2018, in which a new law, Act 46, has led to the elimination of floor meetings in most consolidated districts. “The “collateral damage” to Vermont’s town meeting democracy may be significant,” Clark writes. 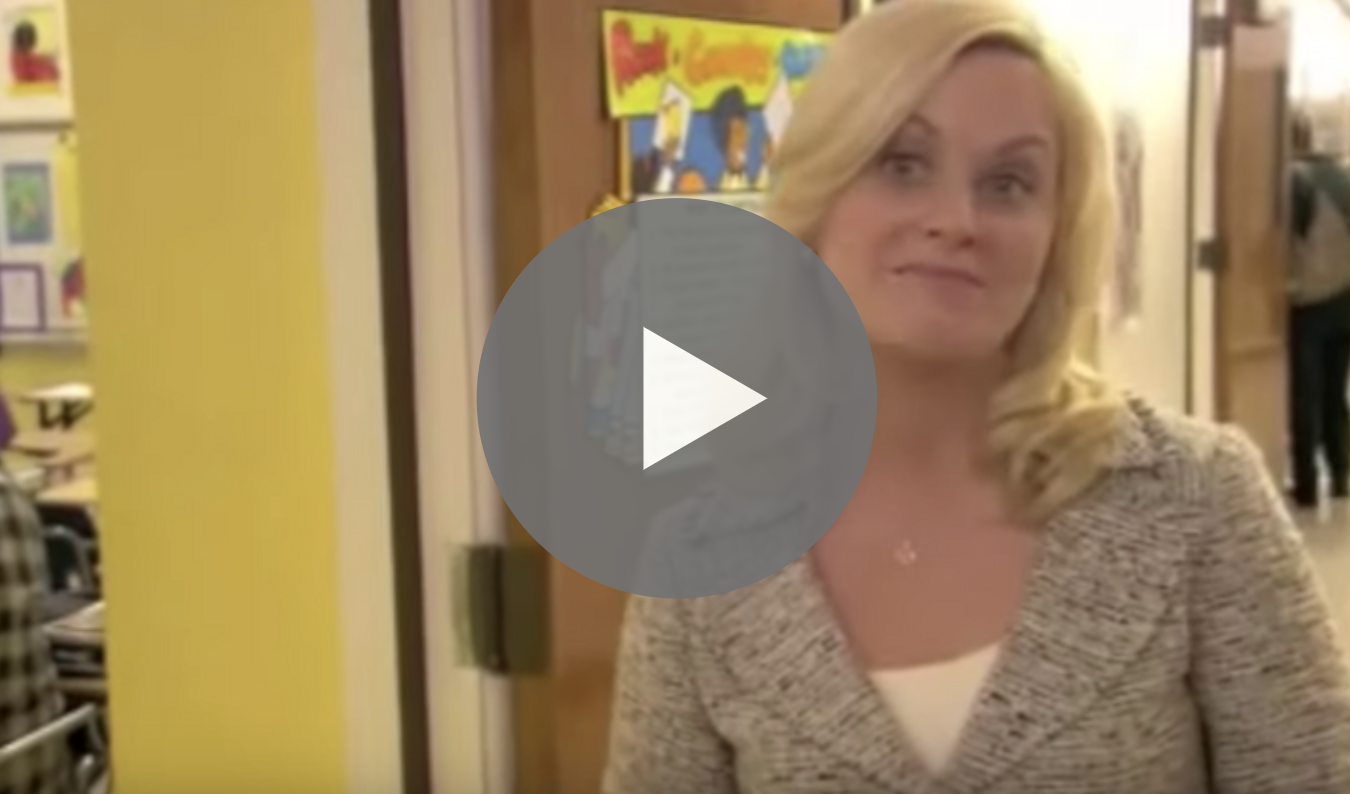 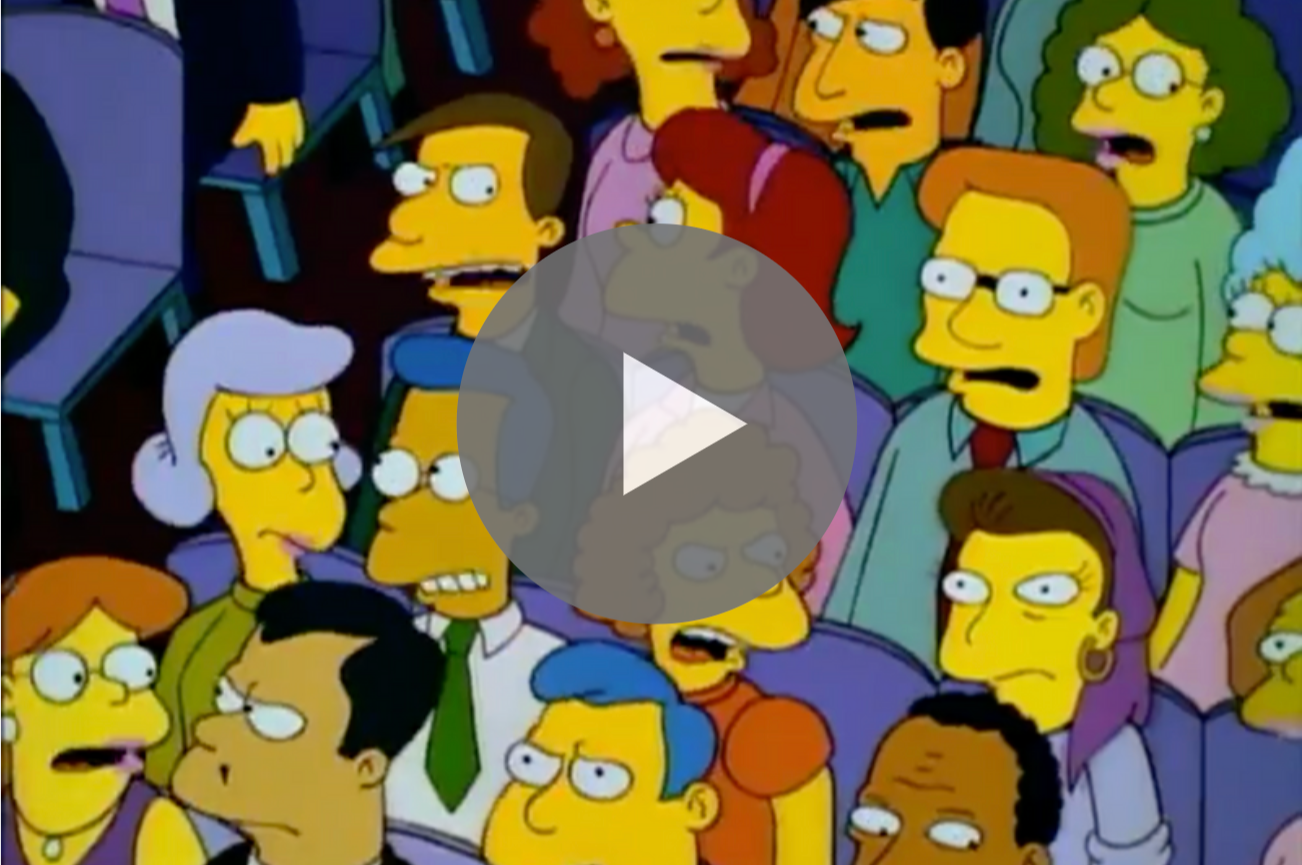 The Simpsons, also the Monorail Song 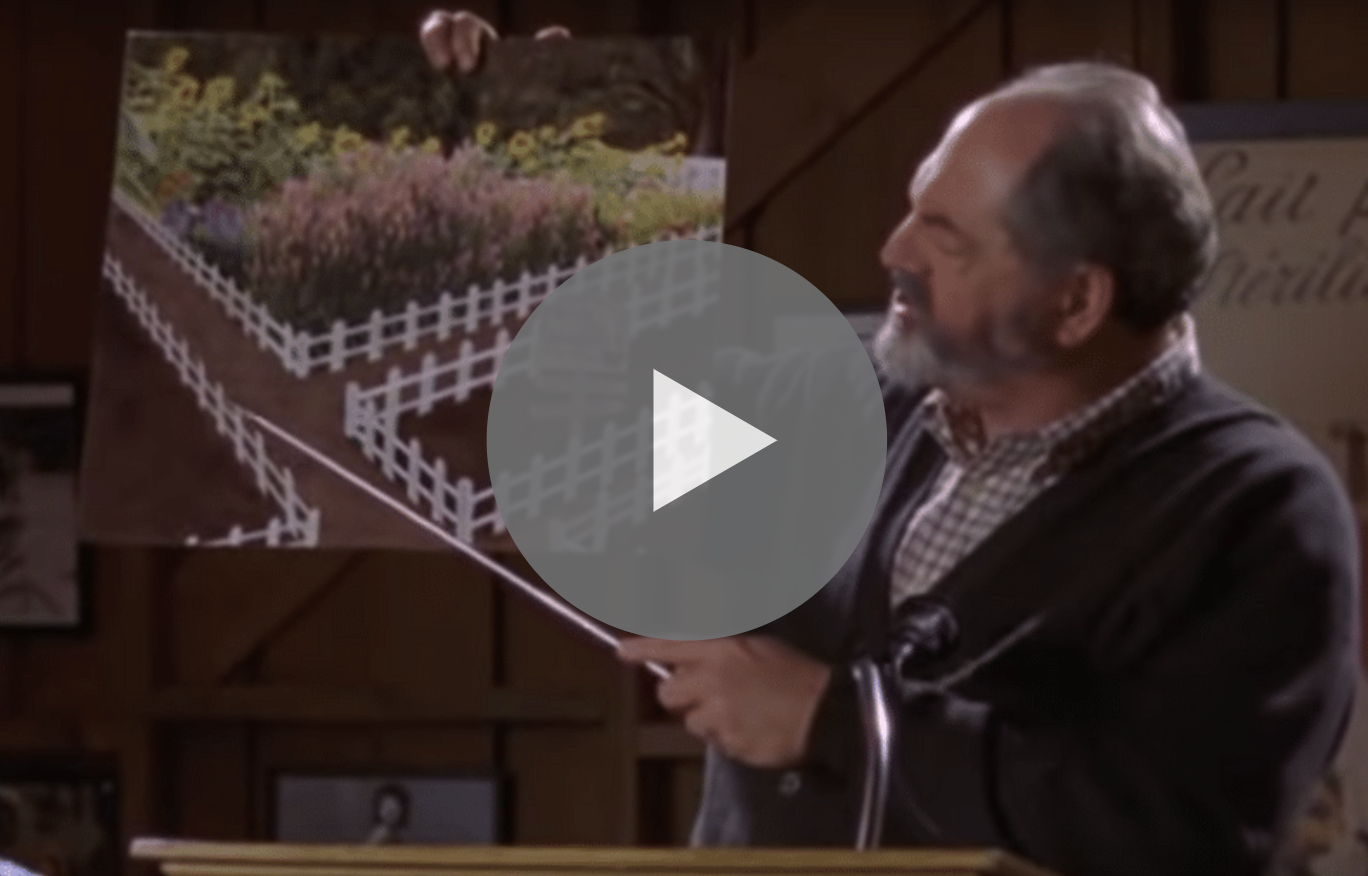 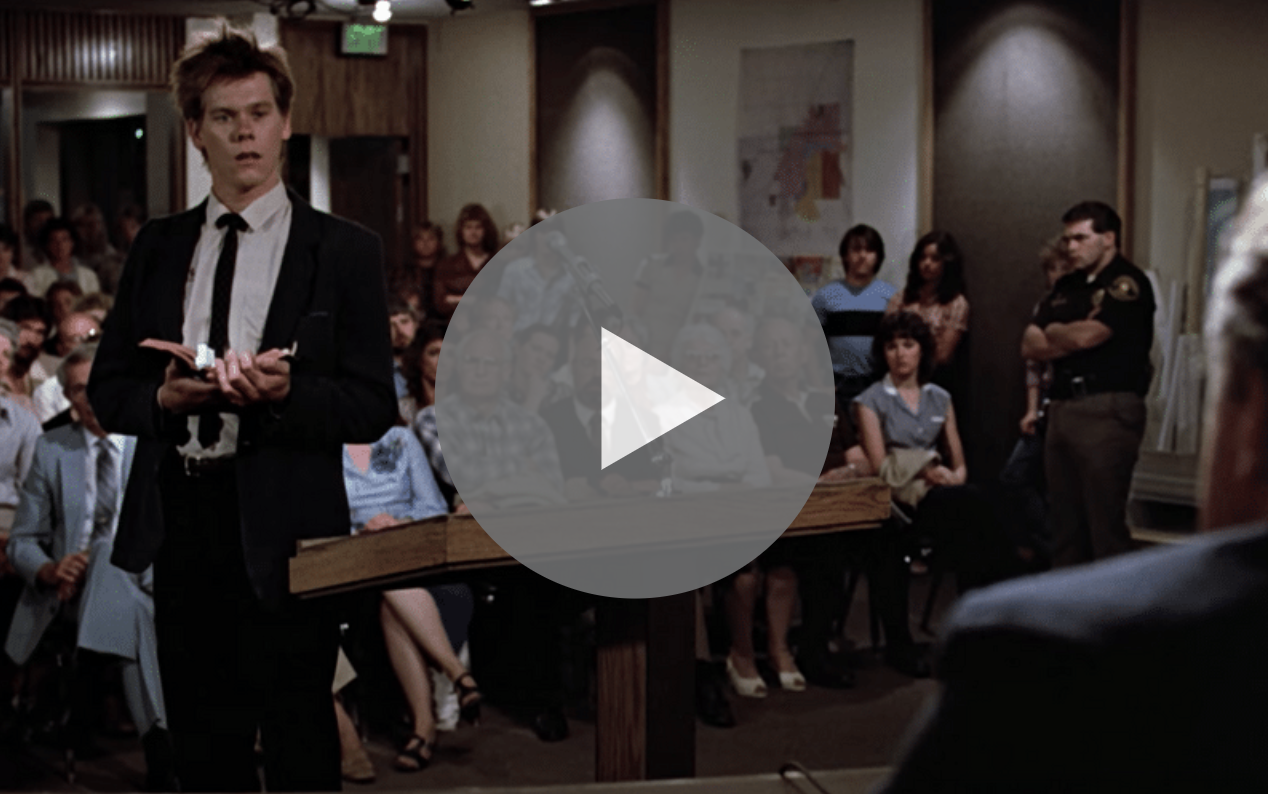 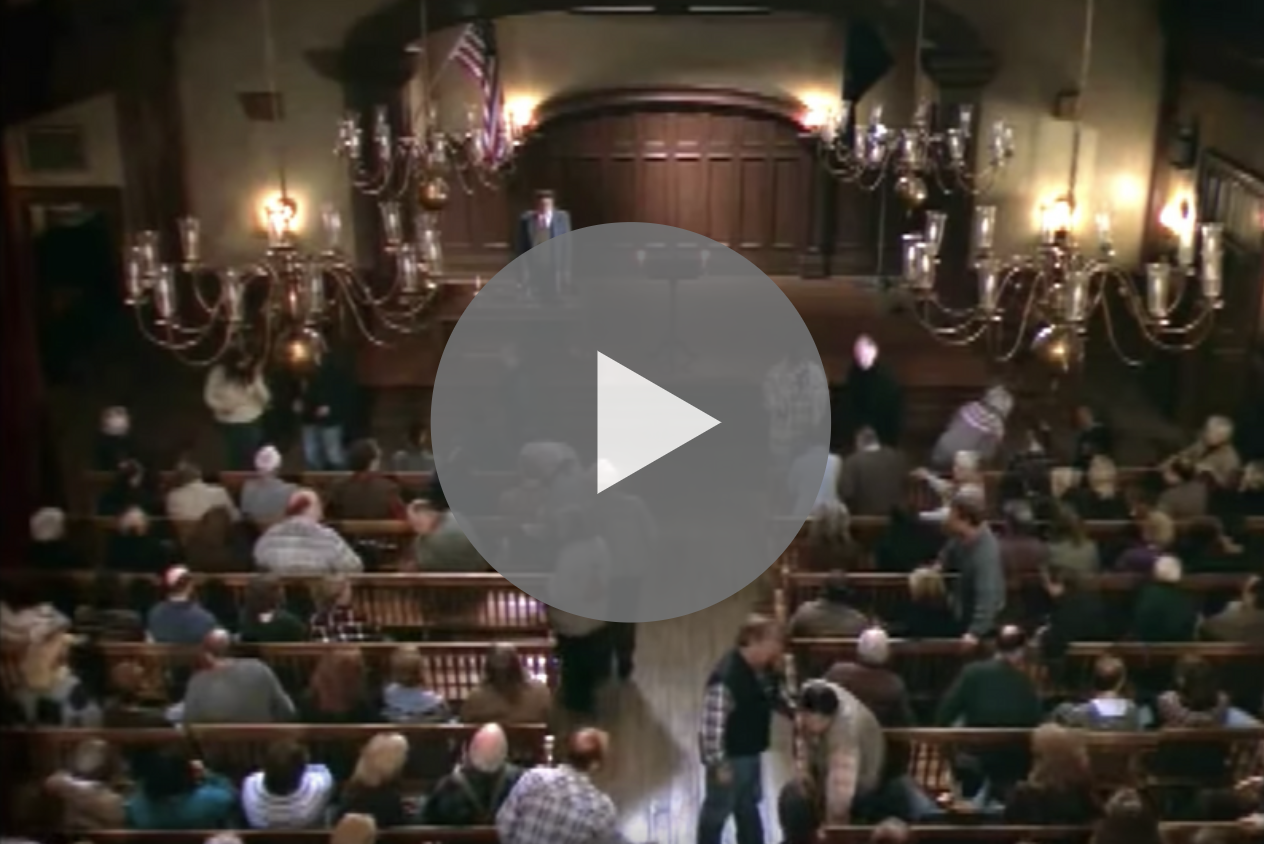 Storm of the Century

Check out the following events…

Join us on Zoom to explore the…