You are encouraged to:

First the 1619 Traveling Exhibit opens to the public at the Richard Kemp Center tomorrow from 5:00 PM till 7:00 PM.  The exhibit will remain open to the community from  5:00 PM till 7:00 PM Tuesday, August 23rd through Thursday, August 25th at the same times. It will also be featured at the Vermont First African Landing Day Commemoration (August 27, 2022).  Future viewing times are pending.

The 4th annual Vermont First African Landing Day will be at Intervale Center in Burlington, Vermont.  Vermont First African Landing Day was proclaimed by Governor Phil Scott on August 24th 2019 to recognize and highlight the resilience and contributions of African-Americans since 1619; to acknowledge the impact that slavery and laws that enforced racial discrimination had [have] on the United States; and to educate the public about the arrival of Africans in the United States and the contributions of African-Americans to the United States.

This year’s theme is  “We Come This Far By Faith” and reflects the role that faith has played in the lives American Descendants of Slavery in their journey from 1619 to present day.  From the middle passage, the auction block and toils of slavery to convict leasing, shareecropping, lynchings and the old Jim Crow a constant anthem has remained.  Through persecution and criminalization of a civil rights movement, a justice system that has never delivered equal protection under the law and the present day struggle of ongoing systemic racism American Descendents of Slavery have truly come this far by faith!

The Abolish Slavery Vermont Campaign and Abolish Slavery National Network folks will be providing updates on Proposal 2, a Vermont constitutional amendment to prohibit slavery and indentured servitude in all forms.

Thank you for your support. I hope to see you all this week! 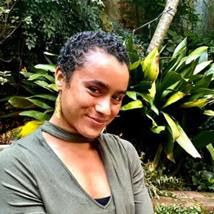 Registration is open for SZW 2022

Registration is open for SZW 2022